Soccer Pro Experiences Presents the most exclusive products for soccer players. Select your experience, show your talent abroad, enjoy your trip and impress the clubs and coaches to  extend your stay or get a professional contract.

This is an exclusive opportunity to visit Madrid and show your abilities in the city that has the greatest soccer projection in the world.

APPLYING IS EASY, FAST AND SAFE

ONLINE OR ATTENDING TO TRYOUTS

YOUR EVALUATION, AND STATUS 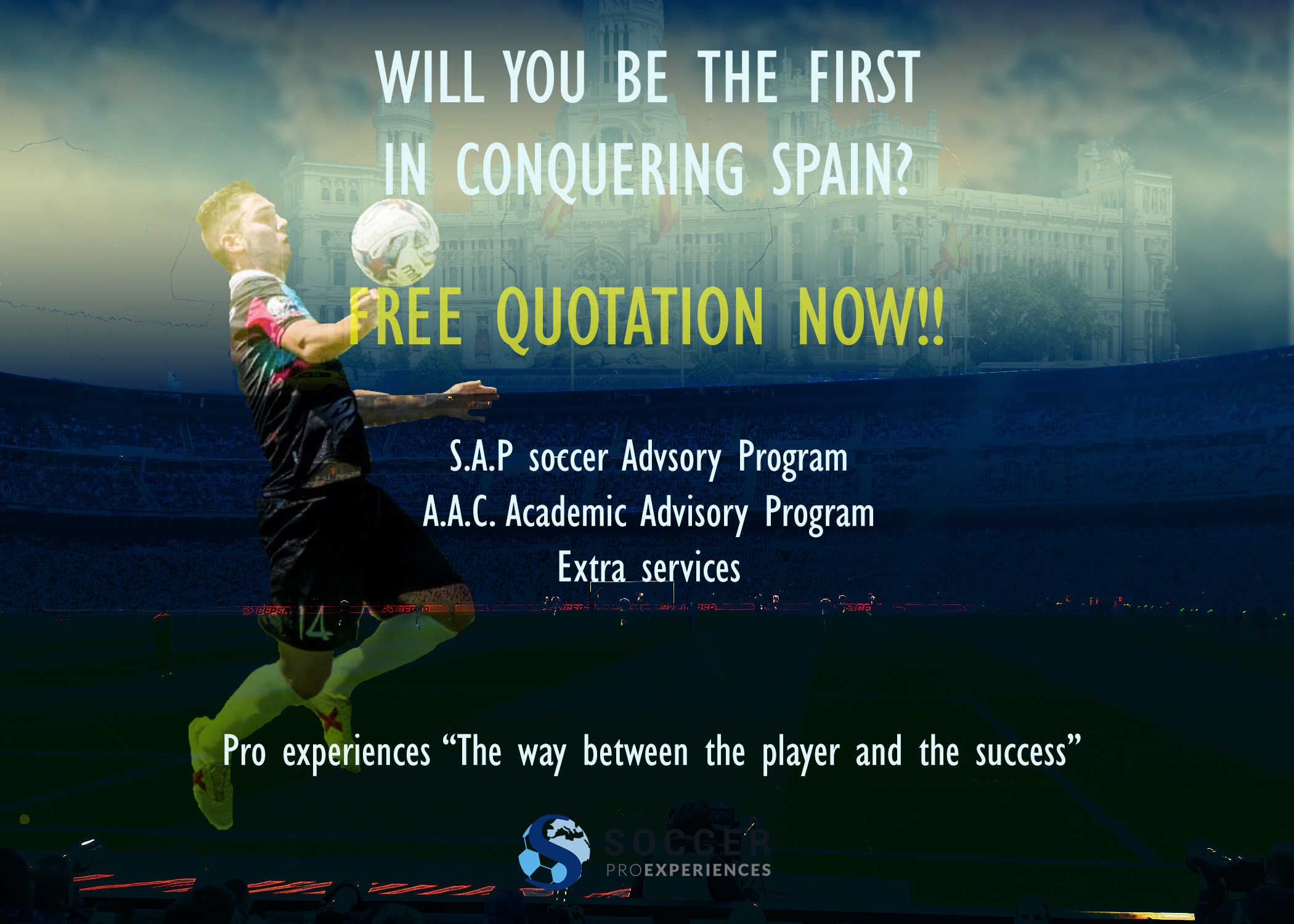 Players and coaches are eligible to participate in an individual program. Apply and find what opportunity we  do have for your case. Tryouts in top teams, long stays, coaching experiences and much more. Professional and semi professional spots available. 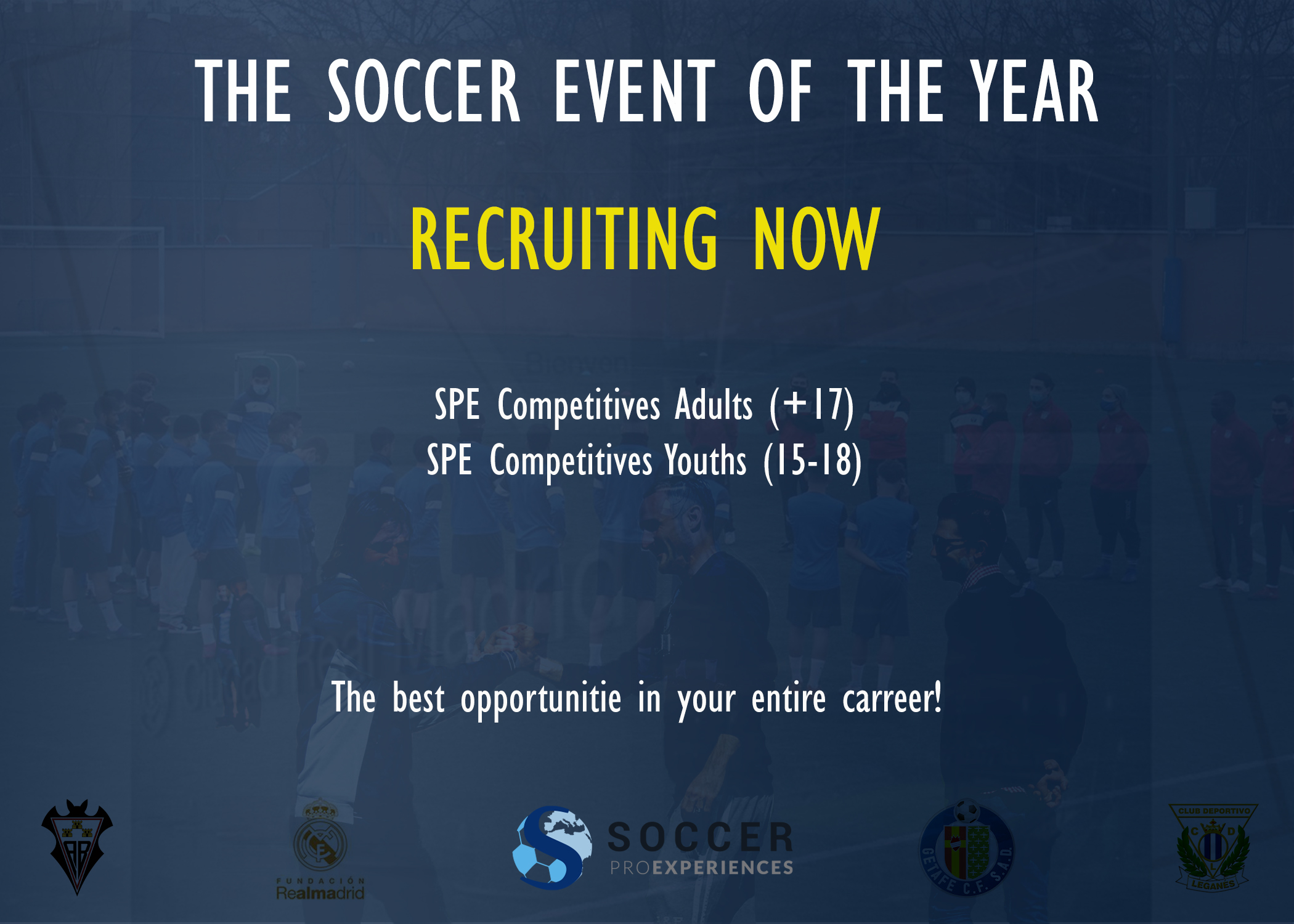 Apply now to guarantee a spot at the biggest event of the year. Women and Men’s teams are forming to dominate Madrid. Gather all the proper documents to apply or attending to tryouts to show why you deserve a spot to compete against professional clubs teams. 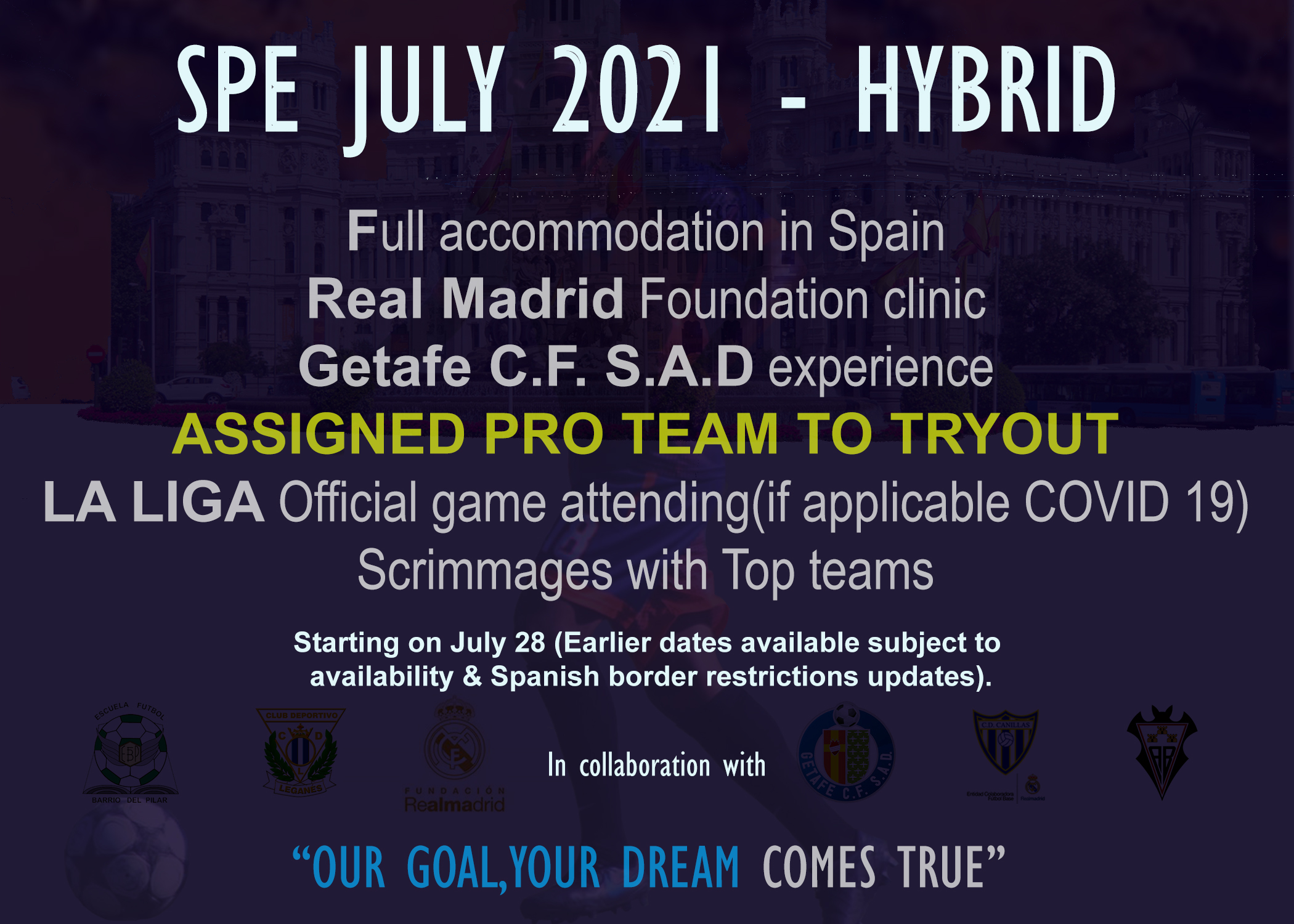 Ensure your experience on besides of the COVID. We have designed the HYBRID. It have the best experiences taken from the individual experiences leaving you the exclusive chance to participate in the greatest group experiences available. This is an all in one. Limited spots.

Teams are ready to hosted you. Apply now and see what team is already waiting for you. Short and long stays, academic programs and much more. Professional and semi professional spots may be available.

“Soccer Interservices began in 2015 with the intention of training and promoting the high level of soccer. In 2016 the company was established in Dallas Texas, where it followed the same line of work and adapted to the new reality. After a long market study, and the formation of a competitive club in the city of Dallas, the lack of high-level soccer resources and opportunities directed to soccer players was appreciated. As a result of this, Soccer Interservices wanted to break borders and shorten distances to provide the best world football to all places in the world, accompanied by the most awarded entities. This is only the first step”.

Soccer Interservices works to continuously develop and provide experiences for players from all around the world. It promotes values of education and appreciation for all cultures. Throughout the whole administration, we support minimizing any negative attitudes or harmful practices towards every player that turns to our services. It is time to enter the 21st century as the forefront of how tasks should be executed at an exemplary level.

SUBSCRIBE TO THE CLUB AND RECEIVE EXCLUSIVE OFFERS, DISCOUNTS AND MORE

Pro experiences portal, a membership to be the first in know where the next opportunity will be. Join now and get a 5% off in your program applications.  IT IS EASY, IT´S FREE.